Microsoft is pushing their brand new Outlook/ Hotmail marketing campaign really hard right now. I’ve seen it on TV, heard it on the radio and it is following me around the internet (with no remarketing cookie I’d add). If you live in the UK and consume any media, you’re almost certain to be exposed to at least one form of the advert.

The adverts focus on the fact that Google (Google are never named but it’s pretty clear they mean them) use your emails to show you adverts. Microsoft is pulling out of the oldest tricks in the marketing book; fear! Fear of Google reading your email (even though they don’t) and then spinning that in to why you should use good old trustworthy Microsoft’s Outlook instead. They won’t read your email!

They have also totally given the game away that they are losing.

Here is an example of one of their banners:

Their TV advert and radio adverts don’t have much more to say than what is on that banner. They have even launched a micro-site called http://www.keepyouremailprivate.com/ (you can see their TV advert on there as well).

So why does this mean Google is winning?

A market leader never compares itself to their competition, and they don’t need to because they are setting the trends everyone else is following.

The number 2 and 3 in a market are typically the businesses that compare themselves to the market leader, by identifying a weakness and highlighting how they are stronger in that niche. Just like Microsoft are with this campaign.

Google will not lose any sleep over this campaign, they may even have a smile on their face. Microsoft have just confirmed to them that they view Google as the market leader in this field.

It is also interesting Microsoft have chosen to focus on this particular feature. They aren’t saying their email is easier to manage, more accessible via multiple devices or even more secure.

They just show you adverts based on your geo-demographic and online user behaviour data (a point they don’t mention in the advert) rather than analysing keywords.

If I were Google I would turn my huge PR machine on that last point. Microsoft serve adverts based on your behaviour online, and to me that’s much more invasive.

Where does Microsoft go from here?

If I were at Microsoft I would not even acknowledge my competitors in my marketing, they should be following you. I would focus on what makes my products great, not why the competitors are weak.

Be inspiring, be number 1! 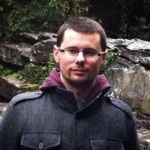 Hello! My name is Matt and I have a serious passion for anything marketing related, both academically and professionally. I started writing this blog as a way of expressing my thoughts and opinions on marketing, and in response to the number of theoretical blogs out there that presume unlimited resources. My focus is on providing realistic and practical marketing advice you can apply to any business and campaign.

This site uses Akismet to reduce spam. Learn how your comment data is processed.